It was the early 1990s and I was flying my pearl white Cessna aircraft over a sea of dirt and sand somewhere south of Vegas. I had gotten my pilots license about a decade earlier because it was just the thing to do at the time. There is nothing quite like getting to know Mother Earth by moving as far away from her as possible.

I had been flying for hours, enjoying the landscape and my own company. I’ll admit I had lost track of time and my fuel gauge. I felt the lone engine shut down. I tried to coax her down as gently as possible, but the ground was winning the fight against the sky and I was just along for the ride.

With a plume of smoke drifting into the cloudless sky from my downed plane and a slight ringing in my ears, my best course of action was to take no action. This wasn’t my first time being stranded in a desert so I wasn’t worried. The last being when my crew of sled dogs mutinied against me in the middle of the Arctic tundra. But that’s a story for another time.

And so I took no action – for nearly five minutes. I was interrupted from doing nothing when an inquisitive jackrabbit bounded over the barren hill to my left and stopped not ten feet from me. Most rabbits exhibit a characteristic tremble from constant unbridled terror, but this fella was as calm as a monk on morphine. Before I could ask his name, he twirled around and casually disappeared back from whence he came. Now, I don’t speak rabbit, but if that wasn’t an invitation to follow, I don’t know what is.

I wrapped my 18th-century Ecuadorian mountain shirt around my head, grabbed my canteen and pack and followed over the hill. How long did I follow that rabbit? Minutes? Hours? Days? Perhaps weeks? No one really knows. Records say it was four hours, but no one really knows.

So there I was, wandering through the desert behind a pair of ginormous ears. Though my canteen was now dry and my plane far behind me, I still didn’t fret. Desert mammals tend to know how to locate water and shade. My rabbit guide lead me into a thin forest of Joshua trees. In the haze of heat, I swear the flowers nestled high upon the trees looked like colorfully blazing neon lights. The dehydration was taking its toll on me, but I carried on. I followed the lights, glowing and blinking in kaleidoscopic randomness, to a small hut. 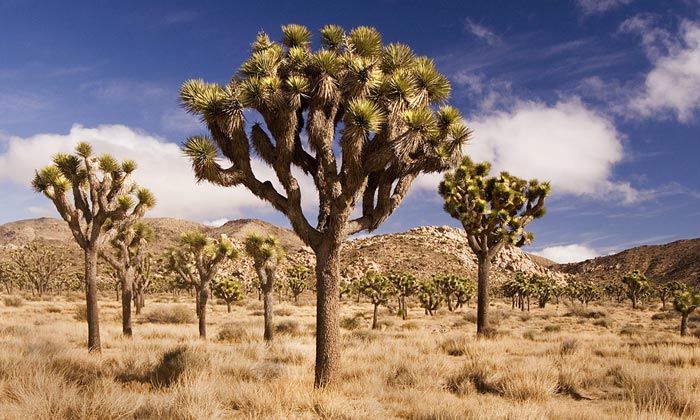 The makeshift cloth door separated autonomously as we approached. My companion disappeared inside and I followed without hesitation. As if someone flipped a light switch, I was now standing in a magical desert wonderland. The jackrabbit, now standing on its hind legs, had sprouted a pair of deer-like antlers out of the top of its head. He beckoned me forward, welcoming to his home. The brightly lit interior was filled with everything my heart yearned for. Along the walls flowed water and every drink I could imagine – soda, milk, juice, beer, liquor. I put my mouth under the free-flowing waterfall and drank with an unquenchable thirst. The rabbit, now jackalope, placed his paws on my shoulders, stopping me from over-imbibing. I willed myself away from eternal hydration to find a bounty of food spread out in the center of the hut on a beautifully rustic rug, which really tied the room together with its simple elegance. Meat, bread, cheeses, I ate until I ached. The jackalope gripped my shoulder again and pulled me away from my over-indulgence. He stood before me now, shouting nonsensical jackalope gibberish, waving his arms and stomping his feet in a hypnotic rhythm. It was so entrancing that I became entranced.

The hut evaporated and I was enveloped in darkness. There was a loud clap and light flooded back to me. I was now standing in the middle of a gas station, my furry companion nowhere in sight. Dirty water puddled on the floor and food was spread out across the floor in front of me. A gas station attendant was holding me firmly by my shoulders. Startled from my sudden appearance, I assumed. The man ushered me outside, the automatic doors revealing a welcoming crowd and the flashing lights of the strip of stores hugging both sides of the gas station. Drenched in sweat and water, my shirt still wrapped around my head, I thanked my mighty jackalope friend for guiding me back to civilization.

I’ve been back to that desert many times since that day but have never been able to find my rabbit savior. He’s never been far from my mind, and as I sit here in my study, retelling this tale, I look down upon the rug that lies in front of my desk — a near exact replica of the gorgeous rug that rested on the floor of the hut. It really does tie the room together. Often times, I waste days away reminiscing about my adventure while lying on that rug — soft yet firm, colorful but not presumptuous, with premium nylon and carefully dyed yarn. Until we meet again my jackrabbit friend, until we meet again.

You can buy your own rug at  AmericanExpedition.us. Trust us, they really do tie a room together. If you’d like to learn more about desert animals like roadrunners and rattlesnakes, explore our  Wildlife Informational Pages.

J. Wilderman is an adventurer, big game hunter, deep sea fisherman, mountaineer, rock climber, sky diver, cave spelunker and a real wilderness man. He’s run with mustangs in Montana, scaled Denali in less than a week, fought grizzly bears with just his wit and a stick and won the Iditarod without any sled dogs. Having explored every continent and sailed each sea, J. Wilderman is now taking time to put his adventurous tales to paper.